You are here: Home › Conservation › Airlines Might Just Hold the Secret to Ending Dolphin Captures at the Cove 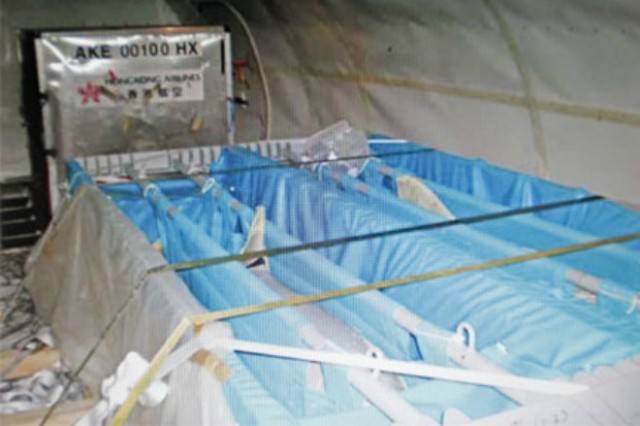 If a dolphin were captured by Japanese fishermen and sold at great profit to a faraway amusement park, but no one was willing to fly the animal there, would the fishermen want to capture more dolphins? Probably not.

That thinking has fueled a growing international effort to convince the world’s airlines and airfreight companies not to fly marine mammals captured from the wild to theme parks and aquariums. Citing the severe stress placed on whales and dolphins from hours in the restricted confinement of air transport, many air-cargo carriers are joining a “green list” of airlines vowing not to fly wild-caught cetaceans (unless an animal is being moved for health, safety or conservation reasons).

Many international activists believe that air transportation is the weakest link in a chain that sustains not only the infamous dolphin slaughter in Taiji, Japan, but also the international trafficking of all whales and dolphins for public display and profit. The most recent effort is a petition at Change.org by the anti-captivity group Freedom Blue. It calls on all carriers to, “Make the skies ‘dolphin-safe’—stop the carriage of cetaceans to marine parks.”

Transporting cetaceans—by air or otherwise—is highly stressful on dolphins and one reason why the risk of dying “increases six-fold in bottlenose dolphins during the first five days after a capture, and a similar mortality spike is seen after every transport between facilities,” says Naomi Rose of Animal Welfare Institute.

Companies like Japan Airlines, Singapore Airlines, Air China and UPS first became the targets of animal-advocacy groups several years ago, says Courtney Vail of Whale and Dolphin Conservation. Along with Humane Society International and AWI, her group pressured UPS to promise to stop carrying from the Solomon Islands, where dolphin drives like the one in Taiji also occur . The company complied in 2008. Despite its Solomon Islands pledge, though, UPS has not responded to WDC inquiries about flying dolphins from Taiji or other capture locations. Neither UPS, FedEx nor DHL responded to my requests for comment.

According to WDC figures, between 2002 and 2012, fishermen in Taiji captured and sold 1,203 dolphins into captivity—over and above the thousands killed for meat. About a third of the captured cetaceans were sold to the 56 aquariums in Japan that hold dolphins, leaving 800 more animals to be shipped to 14 different countries, especially China, which has flown in 242 dolphins from Taiji in the last decade. Other countries include Korea (21 dolphins), Ukraine (16), and Iran, Turkey and the Philippines (12 each). Activists estimate that airlines can reap up to $50,000 for flying a single animal.

“The focus on airlines isn’t new, but inclusion of Taiji in that equation is now a target for several groups and initiatives,” says Vail. Air China is one of the transporters of Taiji dolphins that can be verified. Last April, WDC launched its own online petition, which now has more than 70,000 signatures, asking Air China to stop flying dolphins taken from anywhere in the wild.

But Air China is not the only transporter. “We have been proactively targeting all airlines, including the few bad actors that have been documented to carry from the drive hunts or other wild captures,” says Vail.

Singapore Airlines is another target: In 2008 and 2009, it flew 27 wild-caught bottlenose dolphins from the Solomon Islands to the Philippines.

Passenger airlines are very sensitive to negative publicity, and have been known to bow to public persuasion. Hong Kong Airlines incurred the wrath of animal groups worldwide after flying five dolphins from Japan to Vietnam in January 2012.

The company later circulated an internal memo bragging about the $109,000 in revenue it had earned on the seven-hour flight and vowing to expand the practice. An outraged employee leaked the memo to China Daily, sparking an international backlash, including an online petition and a fury of angry calls and emails.

In February, Gary Stokes, the Hong Kong coordinator for Sea Shepherd Conservation Society, joined a number of activists and schoolchildren who walked into the airlines’ headquarters to deliver the petition, signed by 2,400 people, and a DVD of the Academy-Award winning documentary The Cove.

Airline employees quickly became heated, calling activisists “thugs” and “punks”. Stokes later wrote on Sea Shepherd’s website, “We continued to stand politely and peacefully, awaiting someone from management who could accept the letter. It was like a hot potato that nobody wanted.”  They finally delivered the material to a senior employee and were escorted from the building.

WDC and other groups, meanwhile, worked behind the scenes to secure a change in airline policy. On February 25, the company wrote to Vail, confessing it had been “totally unaware of the complexities behind its shipment,” adding that, “We are indeed very grateful for your input which has helped to sharpen an awareness of the dark side of the dolphin story.”

“If cessation of flights of this nature helps in the protection of cruelty to wild life,” the letter continued, “Hong Kong Airlines will have no second thoughts.”

It wasn’t the first victory, and it won’t be the last. Vail says WDC has written to 300 airlines asking them to confirm that they will never transport dolphins. So far, 34 have signed up, including major international airlines such as British Airways, Japan Airlines, Thai, Iberia and Emirates. Only two U.S. airlines, Delta and American, are on the list, though a US Airways spokeswoman said they do not carry animals in cargo. United and Northwest did not return my calls.

The first airline to adopt an official policy, more than a decade ago, was Lufthansa, after two dolphins died en-route to Argentina on one of its cargo planes. The entire journey, which transported one beluga and four dolphins, lasted 54 hours tank-to-tank. “Lufthansa really led the way on our campaign to work with carriers,” Vail recalls.

The success of WDC and its partners proves that when it comes to saving animals, people can make a difference. Just ask Hong Kong Airlines, or Lufthansa.

The Cove: Sign the Petition to Help Save Japan’s Dolphins 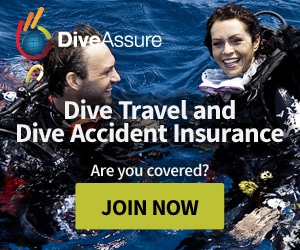 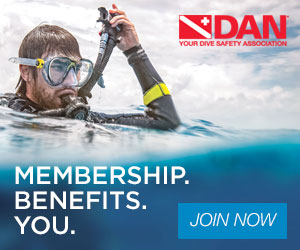 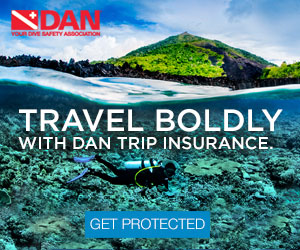